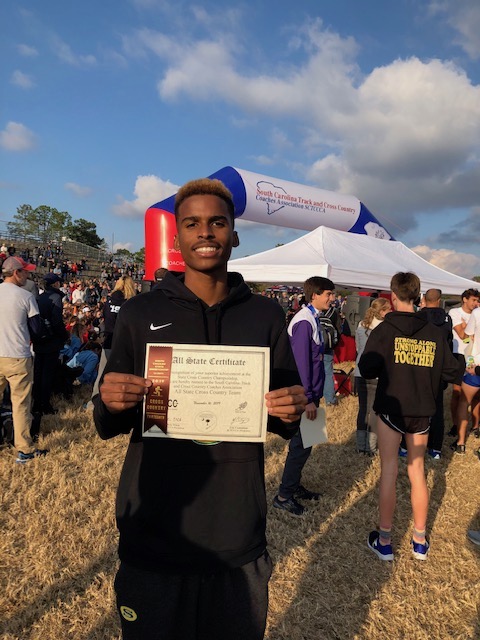 The Green Wave boys finished 12th at the State Championships in Camden. The State Meet took place Tuesday, November 19th at 12 noon after being postponed due to the weather. Daren Hinds after a tough start moved up throughout the race to finish in 13th place with a course best time of 16:03 and earning All-state honors. Noah Woodbury just missed out on All-State honors finishing 17th with a course best time of 16:10. He was also chosen for the Shrine Bowl team. Isaac Cinnamon was next for the Green Wave finishing with a time of 17:27. Following Cinnamon were Jeremiah Eddy in a time of 17:41 and Jacob Braddock in a time of 17:50. Also competing for Summerville were Zane Kiger running a PR of 18:03 and Jack Schwartz running 19:11. The Wave ran well despite getting boxed in at the start. Congratulations to the boys for a great season!