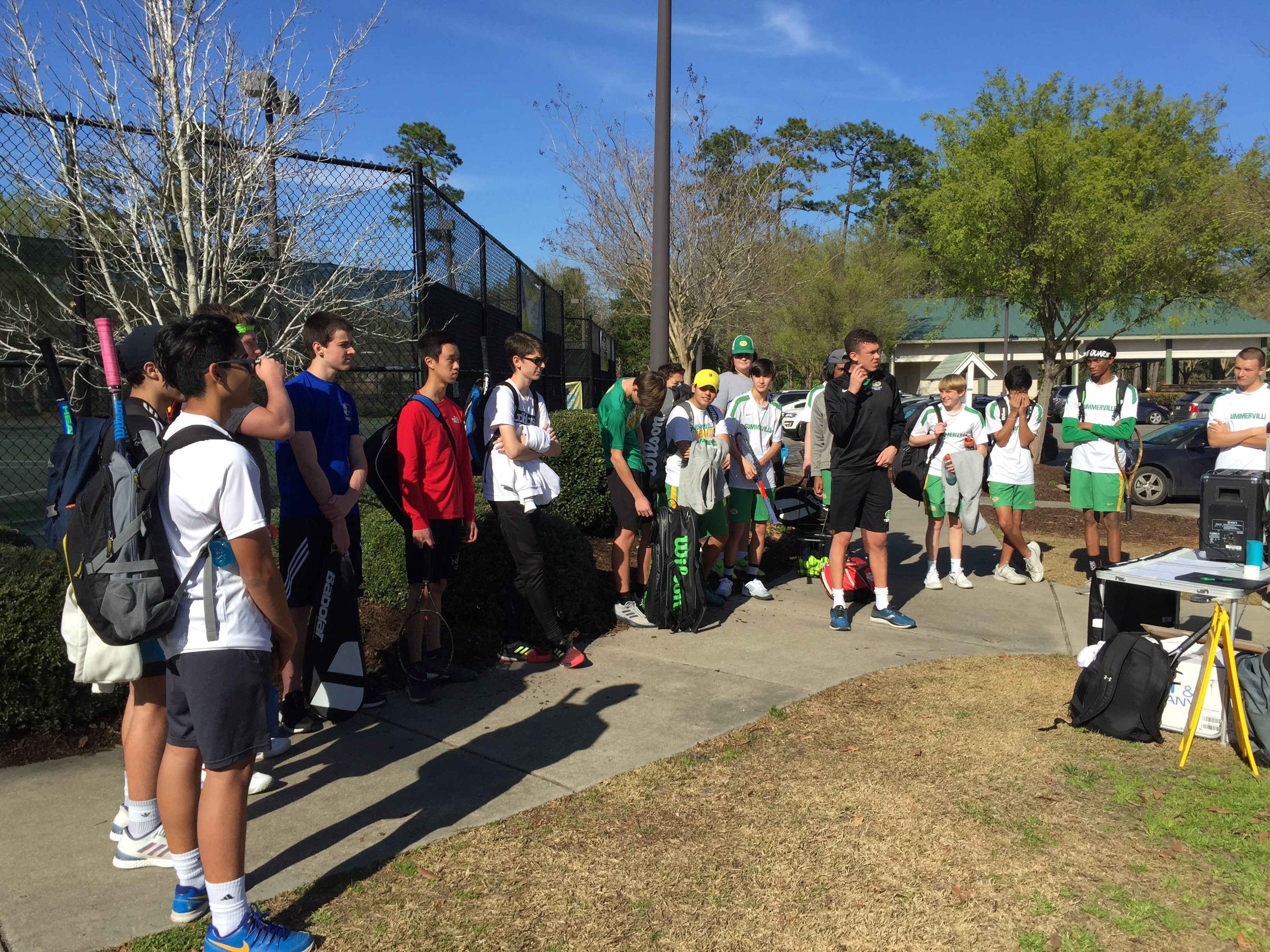 What a great day for tennis! Doty Park was buzzing with people today, and they all got to see some great tennis by our Summerville boys. While we didn’t keep match scores, it was evident the Green Wave are the team to best in the region this year.

Ashley Ridge and Fort Dorchester were both missing key a key players. Both teams, however, had some strong players on top. Winson Wang from FD looks like he will challenge us at number 1 singles this year. Hampton Plyler from AR also looked like he’s grown a lot since last year.

The Green Wave showed their depth today. No matter who we played, whether we played the top of the opponents ladder or the bottom, we played great matches, coming away with wins on all but 2 courts. Those losses came with a score of 8-6.

More importantly than the tennis being played, was the fun that was had on all courts, including the game court that was open to all community members. We had some kids hit for the first time. Hopefully we made a few tennis players for life today.

I feel that we’re a little more ready for the season to start than we were a few days ago. It’s time to start making a run at that second straight region title.