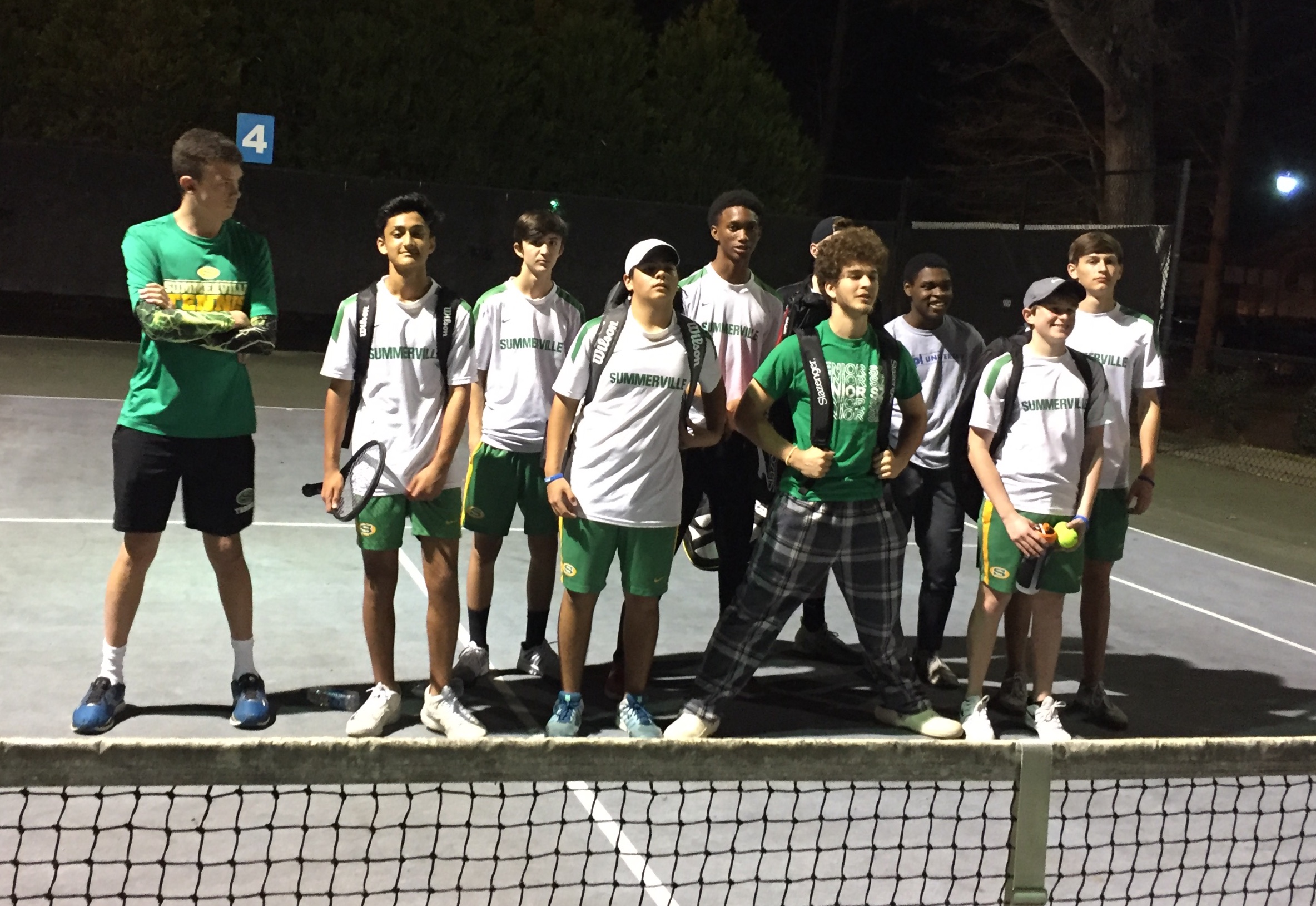 If you left this match early, you missed out! For the second year in a row, the Green Wave and the Panthers brought themselves and fans for a ride. Three matches went to 3-sets, neither team gave up on a ball. For a match so early in the season, there was some high quality tennis being played out there!

Sam Dimuzio played a great first set against an opponent he beat a week ago in 15 games. Greyson played out of his mind in the second set and the tie-break. Sam learned a lot in this loss, and it will make him a better player in future matches.

Rahi Gajjar played another solid match. His opponent couldn’t find a weakness in his game. He tried going to the backhand, only to realize that it may be a stronger shot than his forehand. Whatever Mann tried, Rahi had an answer for. Fans could be proud of the confidence and composure that was shown by the Wave’s most veteran player.

Vineel Prathipati had a great match going for him. It seemed he was in control the whole match. Near the end of the second set, Diffley played more aggressive tennis and put Vinny on his heals a bit. While Prathipati finished the match with some great points in the third set tie-break, it just wasn’t enough to propel him to a win. Like the match at 1-singles, we learned a lot more from this loss than we would have from a routine win.

William WImberly played a clutch match against possibly the toughest player to beat on the Panther squad. Hylton plays with great pace and can really hit the cross-court backhand and inside-out forehand. William stayed patient, winning rallies of 20-30 balls at a time. Willie really had great composure tonight and drew a lot of confidence from the work he has put in during the off-season. Without this close win, our doubles matches that were played later in the evening would have had no bearing on the match outcome.

Edward Naval played a great match as well tonight. The score doesn’t reflect the level of play that Eddie brought to the court tonight. When it mattered most, it just wasn’t clicking for the freshman. We all have days like this, and Eddie’s teammates were able to pick him up tonight; something that Eddie is normally doing.

Sebastian Key had an amazing night at singles. He knew that his strokes were just a little off, so he decided to change styles of play. He hit his targets and exploited Diffley’s weaknesses. It was great to see how adaptable Sebastian was tonight. A match like this can really help an athletes confidence and also help to grow a more solid all-around game.

The team went into doubles tied 3-3. The Green Wave needed two of the doubles teams to come through. The #3 Doubles team of Key and Spicer Pagan played a great match together. They communicated well, placed the ball where it needed to go, and had such incredible hands at the net. Even when the boys lost momentum, they were able to find ways to grind out points and come away with a solid win for the team.

1- and 2-Doubles played at the same time. All the momentum was with the Pathers as the teams entered the second sets. McGreggor Mann and Alex Hylton really played strong, aggressive tennis. For as well as my boys (Wimberly and Naval) played, it always seemed like we couldn’t find an answer.

Gajjar and Dimuzio, after losing the first set 0-6, regained some focus and were able to slow things down by picking their spots and playing to their own strengths. They communicated well, talked to each other, and started having a little fun. Every point was from then on was intense. They took the second set 6-1. In the tie-break, they didn’t slow down. Fans on both sides were on edge and cheering both sides on every point. When the match was over, our #1 and #2 player brought home a win for the team.

Both teams played with so much heart tonight. It was a privilege to be a part of such a high quality match!